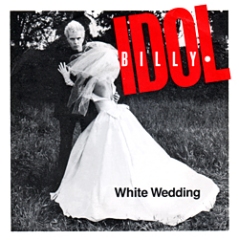 One of my favorite nuggets from Fr. Alexander Schmemann’s brilliant little book For the Life of the World is the following:

“The real sin of marriage today is not adultery or lack of ‘adjustment’ or ‘mental cruelty.’ It is the idolization of the family itself, the refusal to understand marriage as directed toward the Kingdom of God….the family has here ceased to be for the glory of God; it has ceased to to be a sacramental entrance into His presence. It is not the lack of respect for the family, it is the idolization of the family that breaks the modern family so easily, making divorce its almost natural shadow. It is the identification of marriage with happiness and the refusal to accept the cross in it.” (90)

Schmemann’s insight is stunning, and his accusation of idolatry is not too strong. The simple definition of idol is: anything that has more importance in our life than God. In that sense, based on an unduly childish notion of “love” (so-called) that is really more like an immature codependence, there are many married folk in our world who are attempting the impossible: building a lifelong relationship on the fleeting feelings that are no more eternal than a wedding cake. Real love is work, real love is a ministry, which is why marriage is not the final stage of “progression” in a relationship but a calling to be discerned and entered into (as the old liturgies go), “reverently, discreetly, advisedly, soberly, and in the fear of God.” Ask any ordinand, or doctor, or plumber: following one’s calling is both a blessing and a curse, and all vocations (including marriage and singleness) are shot through with gifts as well as costs.

Marriage is about God. From a Christian perspective, the only good reason to be married is that you can follow God and mature more as a disciple by being united in a covenantal bond to this particular person than if you were not. Faithful marriage is a form of worship to God, but its inverse – marriage (or any relationship in which God is not central) as the summum bonum (“highest good”) imaginable in life – is a hideous idol.

There is a cross in marriage, because marriage is a gift from God and God’s gifts (as opposed to Hollywood mythology or sentimental fantasy) always call us away from our natural inclinations that we might be transformed into a nearer likeness of the Image of God. The good news is always cruciform, including the good news that God has called some to embody covenant fidelity with another human being. Ordered toward God, marriage is a beautiful, wondrous mystery. Oriented towards some smaller good – making babies, or my own happiness, or a cure for mutual boredom and loneliness – marriage cannot be the gift it is intended to be.