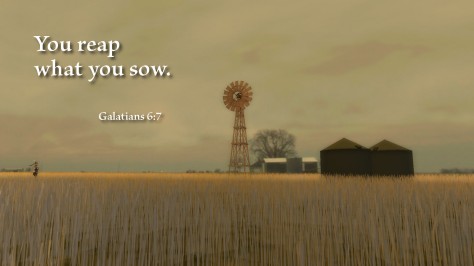 Thanks to wonders of Amazon Prime, I’ve been working back through the classic HBO show The Sopranos.  In re-watching the program, which follows the life of a mafia family in New Jersey, I found myself thinking about US evangelicals.  Here’s why.

It’s no spoiler that a running theme throughout all six seasons is infidelity.  The protagonist, Tony Soprano, hardly makes it two episodes being faithful to his wife, Carmela.  The other guys in his “crew,” most of whom are married or have girlfriends, have a similar lifestyle.  There is even a formal institution for this: the gumar, a quasi-official mistress.  Most of the wives know about the presence of the gumars. Mrs. Soprano certainly does.  She admits at one point that she accepted the mistresses for years, though eventually – when the gumars come home to roost, we’ll say – she comes to regret that.  On top of all that, Carmela knows that Tony’s main office (and where the most senior crew members spend their days)  is at a strip club operated by the organization, which also doubles as a brothel on occasion.

Contrast that with the way the Sopranos characters speak of and act towards  LGBT persons.  In a season four episode, Carmela gets into an argument with her daughter, Meadow, over the interpretation of a Melville novel.  Meadow defends her brother’s opinion, via a teacher, that one of the main characters was gay. Carmela loses it over this assertion, and makes some disparaging remarks about the gay “agenda,” in education and society.  But that is just a preview of what is to come.  Later on in the series, a minor character is discovered to be gay, and he has to go on the run in fear for his life.  The way the mafiosi speak about this colleague and friend after they discover his secret is so heinous it is difficult to watch.

The double standard reminds me of American evangelicals, in my own (UMC) church and elsewhere.  They have largely turned a blind eye towards adultery, divorce, pornography, and other sexual and relational questions, and yet have drawn a line in the sand over accepting gays and lesbians.  Moreover, they have the temerity to suggest that there argument is, on principle, a matter of Biblical authority.

But the Bible speaks just as clearly, if not more so, about adultery and divorce. The question that evangelicals, as best I can tell, have not been able to answer is: why is compromise acceptable for adulterers and divorcees in the life of the church, but the idea of extending that same grace to LGBT persons is off limits?

Evangelicals have a Sopranos problem.  They have accepted all manner of compromise on the sexual ethics of the Bible and classic Christian teaching, and have now dug in their heels at the 11th hour.  Like Carmela, they have lived with gumars and lap dances for decades, but now their children are applying that same logic to gays and lesbians and they don’t want to hear it.

So perhaps rather than blaming the culture or media for this assault on their traditionalist sensibilities, American evangelicals should just look in the mirror.  They may not like the harvest, but it seems to me they are reaping what they have sown.